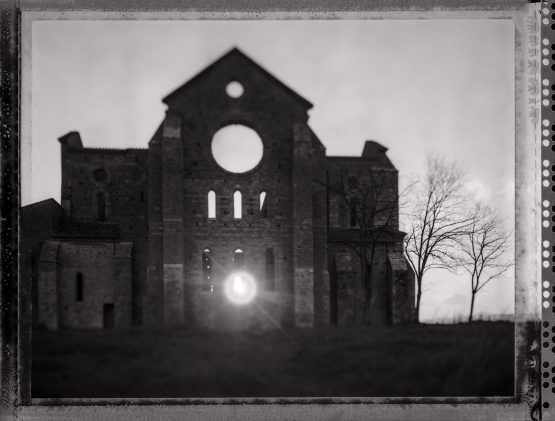 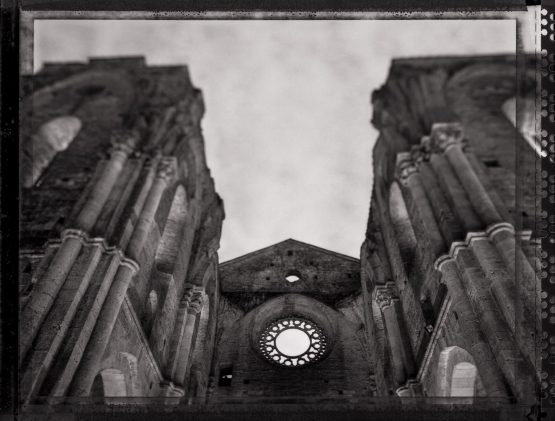 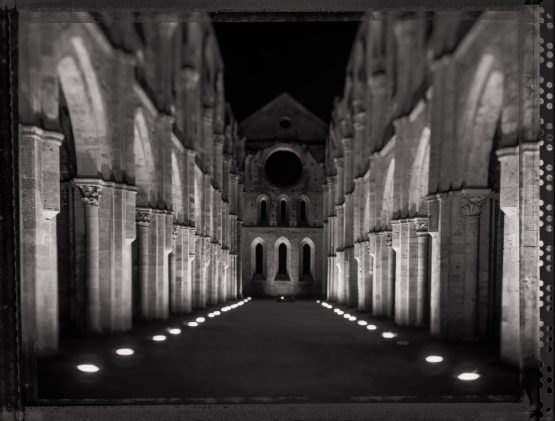 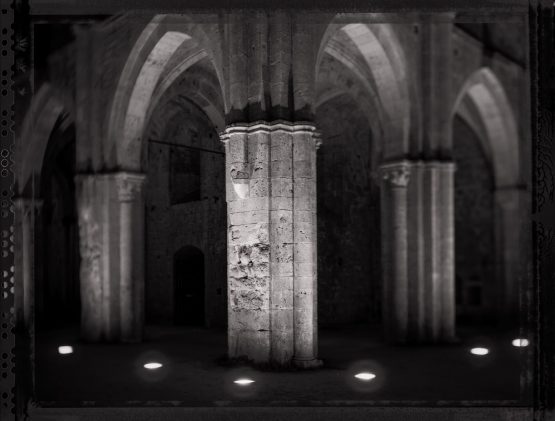 This Cistercian abbey is definitely one of the most famous in Tuscany, thanks to its characteristic of being completely without the roof but totally complete in its architecture.

His story begins with a medieval knight, Galgano Guidotti, who after a lifetime in debauchery one day he had a vision that changed his life, the Arcangelo Michele appeared, which induced him to travel to Monte Siepi where Galgano drew his sword and stuck it into a rock as a symbol of a cross and of his change, After his death in 1181 at Monte Siepi a church was built with a circular shape, the hermitage of Monte Siepi. In 1218 a from a short distance from hermitage began construction of a new larger church, San Galgano Abbey.

From this true story, it seems that the same legend of King Arthur and Excalibur the sword in the stone originates.

This series of photos was also taken with Polaroid 545 film with 4x5 inch Graflex camera.